Peter schiff: Congress Avoids the Cliff by Selling Us Down the River 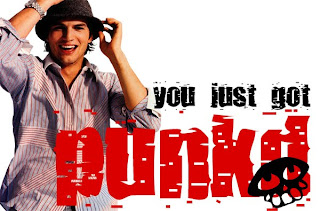 Thursday, January 3, 2013
With the possible exception of the New York Times’ editorial board (and the cast of The Jersey Shore), everyone on the planet understood that the United States Government needs to cut spending, increase taxes, or both. Instead, after months of political posturing and hand wringing, the Federal Government has just delivered the exact opposite, a deal that increases spending and decreases taxes. The move lays bare the emptiness of budget legislation, which can be dismantled far easier than it can be constructed.

One question that should be now asked is whether Moody’s Research will finally join S&P in downgrading the Treasury debt of the United States. After the Budget Control Act of 2011 (which resulted from the Debt Ceiling drama) Moody’s extended its Aaa rating, saying in an August 8 statement:

“…last week’s Budget Control Act was positive for the credit of the United States…. We expect the economic recovery will continue and additional budget deficit reduction initiatives will be put in place by 2013. The political parties now appear to share similar deficit reduction objectives.”

Now that Moody’s has been proven wrong, and the straight jacket that Congress designed for itself has been shown to be illusory (as I always claimed it was), will the rating agency revisit its decision and downgrade the United States? Given the political backlash that greeted S&P’s downgrade in 2011, I doubt that such a move is forthcoming.

For now, the real budget negotiations have been supposedly pushed later into 2013, when the debt ceiling will be confronted anew. But who can really expect anything of substance? The latest deal emerged from a Congress that is nearly two years removed from the next election. As a result, Congressmen were as insulated from political pressures as they could ever expect to be. Nevertheless, they still chose political expediency over sound policy. If Congressional leadership (an oxymoron that should join the ranks of “jumbo shrimp” and “definite maybe”) could not put the national interest in front of political interests now, why would anyone expect them to do so later? They will continue to ignore our fiscal problems until a currency crisis forces their hand. I expect deficits to approach $2 trillion annually before Obama leaves office. Unfortunately, at that point the solutions would be far more draconian than anything economists and politicians are currently considering.

In light of the extensions of the popular middle class tax rates, the loudly trumpeted tax increases on those individuals making more than $400,000 (and couples making more than $450,000) will not be enough to translate into higher tax revenues. Instead they will result in perhaps $60 billion per year in new revenue to the Federal government that will be more than offset by the new spending announced in the agreement. In fact, with the likely passage of the $60 billion Hurricane Sandy aid package, it will have taken Congress less than one week to spend all of the projected revenue.

But the tax increases will push many individuals in high tax states like California and New York into paying more than 50% of their income in taxes. While many economists are cautioning that higher taxes on the wealthy will take a bite out of spending, in my opinion it is more likely to result in lower business investment, which is far more detrimental to the economy. When faced with diminishing discretionary income, most rich people would sooner cut back on savings and investment than they would on health care, education, home improvements and vacations.

But it should be clear that the rate increases are just the opening crescendo in a symphony of tax hikes on the nation’s entrepreneurial class. President Obama has recently stated that he will consider needed cuts in spending and entitlement programs only if they are coupled with additional tax increases on the wealthy. In other words, as far as the President is concerned, the hikes included in the budget agreement that was just passed didn’t count for anything.

It cannot, or should not, be denied that Washington’s latest fig leaf will have a major impact on the markets. The New Year’s “relief rally” is understandable given the clear implications that the government will simply print its way out of trouble for as long as it can. In the past, fiscal profligacy was held in check by investors who would sell bonds and push interest rates higher whenever it appeared that the government was not serious about national solvency. But with the Federal Reserve now buying the vast majority of U.S. government debt, no such roadblock exists. With monetary and fiscal stimulus pushing up stock and bond prices, and no immediate fear of a rally-killing spike in interest rates, there is no reason to stay on the sidelines. Markets are now driven by stimulus, not fundamentals, and the stimulus is firmly at the wheel. (For more on this – see the article in the January edition of Euro Pacific’s Global Investment Newsletter). But it is important to look at the nature of the rally. Most significantly we would bring investors’ attention to the increase in gold and oil and other assets that are expected to outperform in an inflationary economy. Our new Newsletter edition also includes an analysis of some of the more promising overseas markets.

But by taking the nominal risk out of investing, the government is insuring that the risks to the U.S. economy will grow exponentially. We are now – and will remain – a debt-fueled economy for as long as the rest of the world permits this to continue. But this is no way to create real, sustainable economic growth. On the contrary, it will simply permit the growth of government, the depletion of economic vitality, and ultimately the collapse of the U.S. dollar.

In the meantime, President Obama and Congressional leaders will take credit for a tax cut that is in reality a huge tax increase in disguise. Government spending is the real source of taxpayers’ pain and it is only a matter of time before the bill comes due in the form of inflation. See our Newsletter for fresh analysis as to why inflation may already be higher than you think. Because the deficits will grow even larger, more purchasing power will be lost in this manner than would have been lost had all the Bush tax cuts been allowed to expire. In addition, though entitlement cuts were taken off the table, the real value of benefits could be slashed, as cost of living adjustments fail to keep up with skyrocketing consumer prices. That’s a Fiscal Cliff that will not be so easy to avoid.

Read More by Peter Schiff
Posted by Bear Hug at 3:44 PM No comments:

The delinquency rate for U.S. commercial real estate loans in CMBS jumped 24 basis points in May to 10.04%. In the process, the rate broke through the 10% threshold for the first time ever.

Back in December, Trepp predicted that 2012 could be a rocky year for CMBS in terms of the delinquency rate. This prediction was in anticipation of five-year loans securitized in 2007 beginning to reach their maturity dates. At the time, the delinquency rate was around 9.51%, and it was expected that these maturing loans could lead to a spike of 70 basis points in the short term.

It appears that this prophecy has come true. Up 24 basis points in May alone, the delinquency rate has increased 67 basis points in total since February. Whether the rate finally breaching the double-digit mark will carry some psychological impact remains to be seen.

The good news for the CMBS market is that the five-year loans originated in 2007 were heavily front-loaded. This means that by the end of this June, the number of these loans reaching their maturity date will start to dwindle.

"While cracking the 10% barrier might weigh on the market's psyche for a short time, there are likely better days ahead in terms of delinquencies over the next six months. A big driver of the recent surge in the delinquency rate has come from loans that were originated in 2007 that are coming due now. As we get later in the year, the impact of this trend will dissipate. The next two or three months could be bumpy, but the second half of the year should bring a leveling off of the rate," said Manus Clancy, senior managing director at Trepp.

Currently, $59.1 billion in loans are delinquent. This excludes loans that are past their balloon date but are current in their interest payments. There are $79.2 billion in loans with the special servicer.

The increase in the delinquency rate was driven by weak performance among hotel and industrial loans. Overall, four of the five largest property types saw delinquencies rise. Only the apartment sector improved, and that was by a single basis point.

Delinquency Chart
Posted by Bear Hug at 6:34 PM No comments: 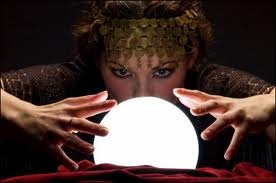 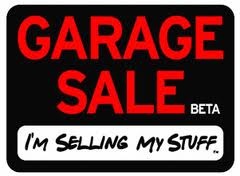 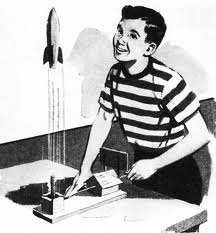 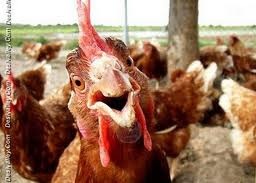 Did anyone notice my heartfelt and sincere
apology to Sandra Fluke?
Mitt Romney:
Arizona immigration laws are
a model for our country. 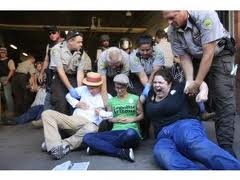 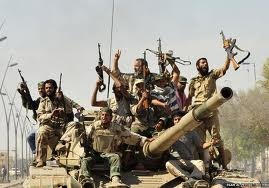 Rush Limbaugh:
CNN is leading a war on women 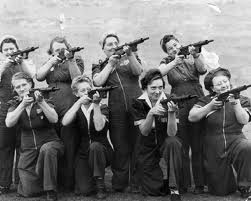 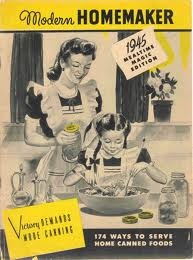 Ann Romney "has actually never worked
a day in her life. She's never really dealt with the kinds
of economic issues that a majority of
women in this country are facing."
Secret Service Agent making sure all is safe
for President Obama's arrival in Columbia 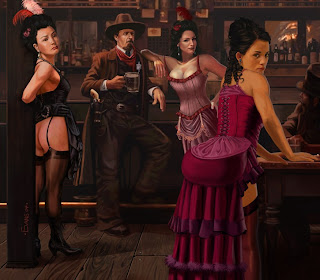 Tim Geithner: U.S. economy is in a better position
to deal with high gasoline prices 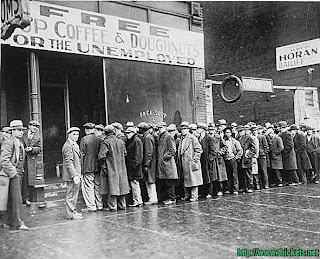 I am very seriously looking at an
endorsement for Mitt Romney 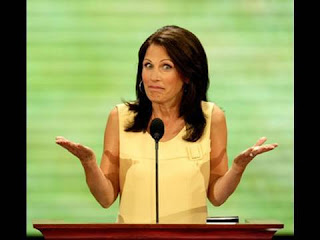 "Mitt Romney is an extremely smart guy"
and he knows long division w/remainders
Have A Great Week! 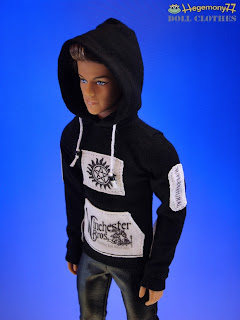 “I think the hoodie is as much responsible for
Trayvon Martin’s death as George Zimmerman was.”
Politico
By MJ Lee
3/27/12

Geraldo Rivera is apologizing for his “hoodie” remarks about Trayvon Martin that touched off a media firestorm last week, saying, “I have obscured the main point that someone shot and killed an unarmed teenager.”

“I apologize to anyone offended by what one prominent black conservative called my ‘very practical and potentially life-saving campaign urging black and Hispanic parents not to let their children go around wearing hoodies,’” Rivera said in an email to POLITICO Tuesday, citing a piece in the National Review penned by Thomas Sowell.

Rivera said that “by putting responsibility on what kids wear instead of how people react to them I have obscured the main point that someone shot and killed an unarmed teenager,” and that he was offering a “sincere and heartfelt apology” to anyone he may have offended in his “crusade to warn minority families of the danger to their young sons inherent in gangsta style clothing; like hoodies.” Geraldo: I apologize for being clueless

Jon Stewart's Larry Wilmore, (Senior Black Correspondent), takes on a new role in this clip as Senior Poverty Correspondent and offers a humorous perspective on Newt Gingrich’s approach to poverty.